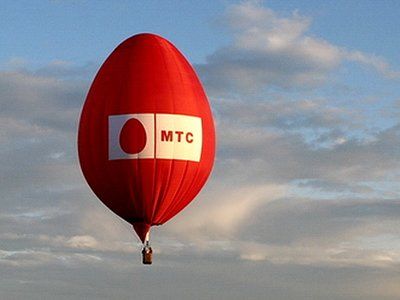 OREANDA-NEWS. PJSC MTS (NYSE: MBT, MOEX: MTSS), the leading telecommunications provider in Russia and the CIS, signed an agreement aimed at modernizing the existing MTS network in order to prepare it for 5G and Internet of Things (IoT). Under the terms of agreement, in 2017-2020 Ericsson will supply MTS with the latest equipment and software for the core network and radio access network in a number of regions of Russia for a total amount of more than EUR 400mln.


The signed deal is part of the MTS and Ericsson strategy aimed at the technical preparation of the operator's network for the rapid launch of new services based on 5G and IoT technologies for commercial operation. The introduction of new software and hardware ready for support of 5G and IoT will allow MTS to upgrade 2G, 3G, and LTE MTS networks in Volga, Northwestern, Siberian, Ural and Southern federal districts. The total volume of products and services to be purchased from Ericsson may amount to almost two billion euros with a growing total for the period from 2008 to 2020.

“In April 2017, in Moscow our companies demonstrated 5G technology with peak data rates of up to 25 Gbit/sec. Now we have reached a new agreement with Ericsson, which will supply MTS 5G ready new equipment enabling our network to deploy first solutions based on 5G technologies starting 2020. our subscribers to be the first in Russia who will use services and products based on 5G and IoT technologies in 2018. After upgrade, our MTS network will provide higher data rates, increased capacity and low latency. These characteristics are critical for IoT and digital services that we are starting to implement today ".

“Early deployment of IoT and 5G technologies positions Russia as an early adopter of the most advanced ICT solutions. Ericsson supports MTS in the company’s goals to meet growing capacity needs and be ready for huge opportunities that will come with 5G and IoT. 5G will be a major technology in booming industrial digitalization, creating and enhancing industry digitalization use cases such as immersive gaming, autonomous driving, remote robotic surgery, and augmented-reality support in maintenance and repair situations.”

Under the deal, MTS will receive hardware to operate wireless communication networks, core equipment and the latest versions of Ericsson Mobile Softswitch Solution (MSS) and User Data Consolidation (UDC) solutions that will enable consolidation of all user data within the network. In addition, Ericsson will deliver software solutions for the mass deployment of IoT, providing data transfer from counters and sensors using the technologies NB-IoT and Cat-M1.

This agreement between MTS and Ericsson is an important step towards a large-scale commercial development of IoT and 5G in Russia. During the FIFA World Cup 2018 in Russia Ericsson and MTS will deploy demo zones using the 5G technology solutions.

According to the latest Ericsson Mobility Report, in 2020, 5G standards are expected to be approved. In the same year, many operators will launch 5G networks into commercial operation. In 2022, the number of 5G subscription is forecasted to reach more e than 500 million excluding IoT devices. Broadband 5G mobile Internet services will be first launched in metropolitan areas and will grow at a pace similar to LTE: by 2022, their penetration rate will reach 15%. 5G networks will provide wide use of Massive IoT and Critical IoT technologies.
Source: MTS
Подписывайтесь на наши группы: Instagram | VK | Facebook | Twitter
Rate this article:
Print