The Owner of Wildberries Became the Richest Russian Woman According to Forbes
Finances, 20.02.2020, 08:42 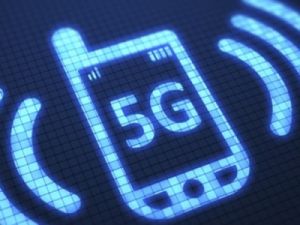 The trials employed the low-SHF band-compatible AAS in the base station for both outdoor environments, where radio waves are reflected or diffracted due to buildings, utility poles, vehicles and people, and indoor environments, which also include many obstacles, such as columns and walls.

NEC's AAS adopts fully-digitized antenna beam control technology, which improves the precision of beam forming. While transmitting beams to the target mobile handsets, it is capable of forming beams that counteract interfering signals using the multi-path. It can also form beams that improve communication quality by efficiently combining the multi-path of its own signals with the direct waves.

The features of NEC's AAS enable concurrent communication with several handsets, even though they are close to each other, while maintaining high communication quality. In the trials, NEC proved that use of the AAS can result in improved capacity and quality of communication between a base station and handsets, while confirming that spectral efficiency was reliably maintained at a level roughly eight times higher than that achieved by LTE in indoor environments.

"Thanks to NEC's contribution on the massive-element AAS supporting the low-SHF band, we were able to achieve highly successful outcomes from the trials," said Takehiro Nakamura, Managing Director of the 5G Laboratory at NTT DOCOMO, INC. "We expect NEC to continue pursuing high-speed, large-capacity communication using the low-SFH band and contributing to our commercialization of 5G."

"NEC research into core technologies for 5G, including the massive-element AAS and antenna beam control, will contribute to the successful roll-out of 5G in the near future. Among the high frequency bands, we are working especially hard to put the low-SHF band into practical use, since it is expected to enter into commercial use around 2020," said Nozomu Watanabe, General Manager, Mobile Radio Access Network Division, NEC Corporation. "We will capitalize on the results of these trials as we continue to work together with NTT DOCOMO and other communication carriers, aiming at the practical application of 5G."

This press release includes a part of results of "The research and development project for realization of the fifth-generation mobile communications system" commissioned by The Ministry of Internal Affairs and Communications, Japan.