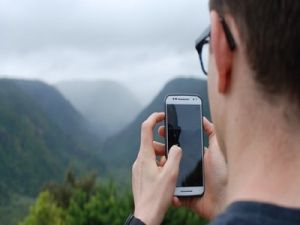 OREANDA-NEWS. Chairman of the Council of the Republic of the National Assembly of Belarus Mikhail Myasnikovich said that the final decision on the abolition of roaming between Russia and Belarus will be made on August 2. “We considered this issue on the eve of going here to St. Petersburg. In principle, the Belarusian operators also have an understanding on this issue, on August 2 the parties gather in Polotsk to make final decisions”, Myasnikovich said at the forum of the regions of Russia and Belarus.

As the speaker of the Federation Council, Valentina Matvienko noted that Russia is ready to cancel roaming between countries. “All this time concrete work has been going on between our ministries. Today we have come a long way to bring our positions closer, the Russian side is ready to cancel roaming. The Belarusian side is afraid of falling revenues, but it has also changed its position. As stated by the republic’s ambassador to Russia, before September 15 will be finally resolved", Matvienko reminded.

On July 11, Ambassador of Belarus to the Russian Federation Vladimir Semashko said that the document on the cancellation of roaming between countries can be signed before September 15. At the end of June 2017, the question of canceling roaming between countries was discussed at a meeting of the Supreme State Council of the Union State of Belarus and Russia. Chairperson of the Federation Council Valentina Matvienko proposed, by analogy with the EU, to cancel roaming in the territory of the union state and asked to write down the protocol instruction on the elaboration of this issue to the ministers of communications of the two states.

In the Russian Federation, they also noted that Russian mobile operators may cancel subscription fees for incoming calls for users located in Belarus by mid-2019 if symmetric rates for traffic transmission services are established, that is, when leveling the so-called interconnect.