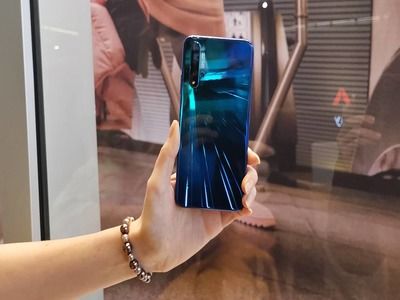 CommunicationTelephone and mobile communicationsRetailNew technologies
OREANDA-NEWS.Sales of the new smartphone Huawei nova 5T, equipped with five cameras with artificial intelligence, started in Russia. This was reported to the Russian media in the company.

“By offering consumers the Huawei nova 5T smartphone with technologies and design worthy of a flagship, but at an affordable price, we plan to set a new trend, a new level in mobile design. Last year, Russians praised the Huawei nova series. Thus, the sales of the Huawei nova 3 smartphone in Russia was one of the best in the world. Now we are seeing a high interest of users in the Huawei nova 5T model", the company said. The cost of the gadget in Russia is 27,990 rubles, a pre-order could be issued from November 11. Residents of Russia can purchase a smartphone in two colors - deep blue and summer purple.

Also, the gadget can edit video directly during the shooting process: using the AI ​​Spotlight Reel function, the device automatically identifies videos with the same character, so the owner can save time when sorting material. The smartphone has the Extendable Read-Only File System (EROFS) file system, which speeds up data reading by 20% and helps to save space on the system disk due to file compression. Other functions are also optimized - payments by QR code, uploading photos and multimedia in Huawei nova 5T are much faster than in previous generation models.