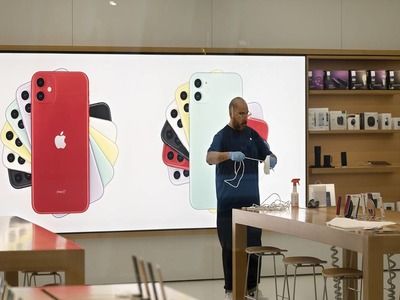 Media: Apple Has Limited the Sale of iPhone to Two Pieces on Hand

CommunicationRetailInternational activitiesElectrical equipment manufacture
OREANDA-NEWS. Apple has limited the sale of iPhone smartphones in online stores in several countries, including the United States and China, to two phones of the same model per person amid the spread of coronavirus. This was reported on Friday by a news agency.

According to him, the limit on the number of purchased smartphones came into force after the company announced the temporary closure of its stores located outside of China, as a measure to prevent the spread of infection. According to the agency, this may be due to disruptions in the supply chain and a drop in demand for products against the backdrop of a pandemic caused by a coronavirus disease.

At the same time, the representative of the analytical company Canalys told Reuters that, as he suggests, Apple’s concerns about the possible resale of devices on the gray market may serve as the reason for the restriction on online purchases. Apple representatives declined to comment.

Founded in 1976, Apple manufactures iPhone smartphones, iPad tablets, MacBooks, iMac desktop computers, iPod music players, and more. The corporation, headquartered in Cupertino, California, is one of the largest in the world, with a market capitalization of more than $ 1 trillion.
Source: OREANDA-NEWS
Материалы по теме: