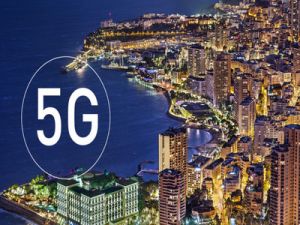 OREANDA-NEWS. The fifth generation mobile network (5G) began work on Tuesday in the Principality of Monaco. This was reported by Agence France Presse with reference to the president of Monaco Telecom, Etienne Franzie. According to him, the principality became the first European state, the territory of which is fully covered by the network of the new standard. The network equipment is designed and installed by the Chinese company Huawei.

As Franzi noted, the deployment of a network in the principality is part of a plan aimed at expanding the use of digital technology in the country. The new network, in particular, will allow Monaco to launch a number of services related to both transport and public safety. In particular, now the fire principalities can use unmanned aerial vehicles, transmitting the image in the standard of high definition 4K in real time.

According to Frans Press, Chief Executive Officer of Huawei Guo Ping, “Monaco has a small territory, which makes it a true showcase for a whole range of digital sectors, in particular by connecting the development of 5G networks with“ smart city ”technologies.” other telecom operators, and for other states ", - said the representative of the corporation.

The 5G standard provides significantly higher throughput compared to existing networks. This is a new generation of mobile communications, a continuation of the development of previous standards (GSM, 3G, 4G / LTE). The introduction of 5G will increase the speed of information transfer to one gigabyte per second, which is 20-50 times faster than existing data transmission standards.

Earlier, was reported that the first country in the world that launched the 5G network throughout the territory was South Korea. Also, the introduction of technology is in the US, China and Japan. In Russia, the first cities where 5G commercial mobile communication networks will appear will be Moscow, St. Petersburg and Kazan.