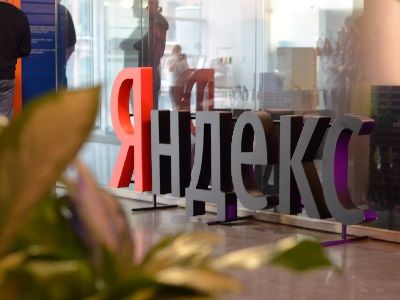 The company's shares began to grow since the opening of the trading session. By the time of publication of the report, the securities rose by 4.5%, and after the results, the growth increased to 8.6%.

Revenue excluding "Yandex.Market", increased by 44%-to 32.6 billion rubles.Revenue from the sale of Internet advertising jumped by 24%. The company's share in the Russian search market, including mobile search, averaged 55.9% in the reporting quarter. In the third quarter of last year, it was 54.9%.

In September, Yandex launched the public cloud platform Yandex.Cloud. In October, Yandex increased its share in the discount aggregator and the Edadeal cashback service from 10% to 100%.

In addition, "Yandex.Taxi" bought a share of 83.3% in the delivery service sets for cooking "Party food". Another 16.7% remained with three co-owners of the "food Party", but "Yandex.Taxi" can buy their shares in the next few years. Now to attract new users "food Party "will be able to use the logistics platform"Yandex".

On October 24, Sberbank and Yandex launched the Beru trading platform, the testing of which began in may 2018. The service became a joint project of two companies based on Yandex.Market.» The store presents 100 thousand commodity items from 1 thousand sellers, and next year the number of positions will reach 250 thousand, promised the General Director of the company "Yandex.Market" Maxim Grishakov. Now the online shopping market in Russia now occupies only 4% of the total volume of consumer purchases, while in developed countries this figure reaches 15%.

On October 18, the company's shares collapsed by more than 10% after rumors of a possible sale of 30% of the company to Sberbank. Within three days, the company's capitalization fell by 25%; so far, the quotes have not been able to return to the lost positions.