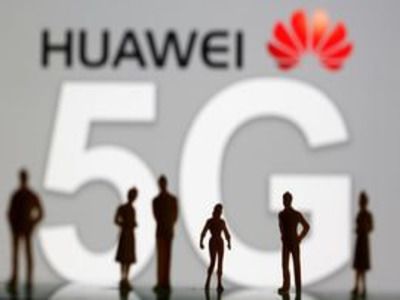 CommunicationTelephone and mobile communicationsInternet and communication linesInterstate relations
OREANDA-NEWS. The United States seeks to allow the creation of fifth-generation information networks (5G) only by "trusted suppliers", not Chinese companies, and is ready to take measures in respect of those countries that use Chinese telecommunications equipment. This was announced on Wednesday at a meeting with reporters by the Deputy Assistant Secretary of State for Economic and Business Affairs Robert Streyer, who oversees information policy and cybersecurity issues.

“In fifth-generation networks, the amount of information transmitted will increase by about 100 times compared to existing fourth-generation networks”, he said, emphasizing that “the provider of critical equipment and software for these networks should not be under the control of a foreign government" "We know that the laws on national intelligence in China enable the government to demand that any organization comply with the requirements of the Chinese intelligence and security services", said the deputy assistant secretary of state, adding that the US intends to use equipment "only credible suppliers" - Ericsson, Nokia and Samsung, and Chinese companies are "not credible".

Streyer explicitly stated that the use of Chinese technology by other countries in the creation of fifth-generation networks will lead to the fact that the United States will review the conditions for providing them with classified information. “We have established important relations in the field of information exchange with a number of countries that are beneficial both to us and to them”, he said. “We want these relations to continue. However, if countries include equipment from those suppliers that aren't cause trust, then we will have to reconsider the conditions under which we provide them with this important information".

In August last year, Trump signed a decree that banned US government departments from using equipment manufactured by Huawei and another Chinese company, ZTE.