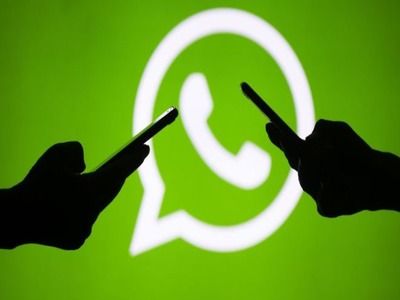 CommunicationNew technologiesPublic order and security
OREANDA-NEWS. Vulnerability in the WhatsApp application allowed attackers to deploy Israeli spyware on their phones, the Financial Times reported, citing the company and the distributor of spyware software.

WhatsApp, which uses 1.5 billion people around the world, discovered in early May that the program was influenced by intruders who could install malware through the messenger functionality. On the IPhone and Android phones, using calls through the application. According to the publication. the malware was created by the Israeli firm NSO Group, the malicious code could be transmitted even if users did not answer the call, and the calls themselves often disappeared from the call logs. According to a person familiar with the problem, WhatsApp is at a very early stage of its own investigation, to assess how many phones have become victims of this method.

“The program is suspiciously similar to the program of a company that cooperates with the state and develops software for instant messengers. To prevent the spread of such programs, it is necessary to do a number of actions, for example, we contacted a number of human rights organizations to share information and work on notifying civil society, ”the agency quotes the agency. According to a source familiar with this problem, last week, WhatsApp reported a problem to the US Department of Justice.

WhatsApp learned about this vulnerability in early May 2019. An error in the call function allowed the caller to install spyware on the other party’s smartphone, it was enough to make a call and the program hit the phone. On Monday, May 13, WhatsApp has released an app update. Now the company finds out how many users have become victims, and is doing everything possible to prevent a recurrence. The company believes that the target of the attack was a “small” number of WhatsApp users. One of the company's products is Pegasus, a program that allows you to turn on the camera and microphone of someone else's smartphone, as well as access messages and location information.