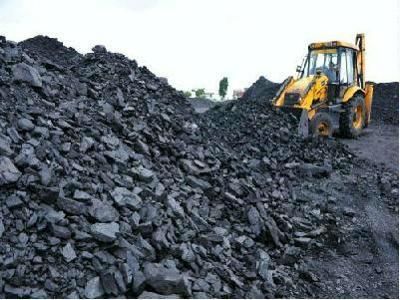 OREANDA-NEWS. Chinese government policy may continue to drive the coking market in 2017, after Beijing helped spark an unexpected price rally this year.

Coking coal prices outperformed those of any other major commodity in 2016, to the surprise of most market participants. But the price gains were driven largely by Beijing's intervention in the market to restrict Chinese coal supplies, rather than any sustained surge in demand from steelmakers. And this leaves the market facing a high level of uncertainty going into 2017, as prices fall back from a sustained five-month rally that delivered unexpected profits to mining firms and deep financial problems for all but the most flexible steelmakers.

The rally began in earnest in early August, as prices rose above the $100/t fob Australia level. But the seeds of the price gains were sown in February, when the Chinese government decided to limit operations at Chinese coal mines to 276 d/yr, from 330 d/yr previously, primarily in an attempt to reduce overcapacity in the thermal coal sector.

The government actions had an unintended — although predictable — impact on the market. Higher-cost producers shut down, gradually tightening domestic supply and forcing Chinese steelmakers to increase their reliance on imports from Australia and elsewhere.

The disruptions, both triggered by roof instability at underground mining operations, sent buyers into the spot market to seek out replacement cargoes. The rush to buy caused prices to spike by $23.75/t in a single day in early November, and sent market values above $300/t for the first time in over five years. This prompted increased interest from suppliers, with owners of idled mines in Australia, the US and Canada watching closely to gauge whether the rally was sustainable enough to restart production.

The Chinese government was also faced with a dilemma. The limitations on coal mine output had perhaps worked too well, raising the prospect of a shortage of thermal coal for heating ahead of what was expected to be a cold winter. Top economic planning agency the NDRC decided in November to loosen the rules, allowing all mines with the proper safety certifications — including coking coal mines — to return to the previous 330 d/yr limit.

China's domestic coking coal mine production could increase by 10mn-20mn t by the end of March 2017 as a result of the policy change, analysts have estimated, although output data are not yet available. But the policy change had an immediate impact on the market, with spot prices falling back below the $300/t fob Australia level earlier this month and dropping below $250/t just before the Christmas holiday. The resolution of the production problems at Anglo's German Creek mine quickened this decline, while supply could increase further with South32's Illawarra mine expected to resume normal output by the end of the year.