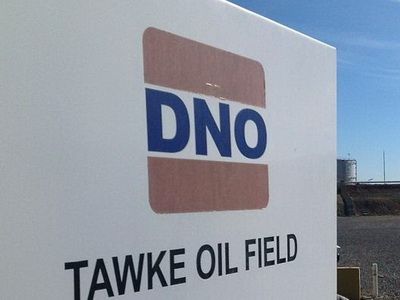 OREANDA-NEWS. DNO ASA, the Norwegian oil and gas operator, today reported receipt of USD 53.71 million from the Kurdistan Regional Government as payment for October 2017 crude oil deliveries to the export market from the Tawke license. The funds will be shared by DNO and partner Genel Energy plc pro-rata to the companies' interests in the license.

The payment to DNO of three percent of gross Tawke license revenues during October 2017, as provided for under last August's receivables settlement agreement, was previously received by the Company.

DNO operates and has a 75 percent interest in the Tawke license, which contains the Tawke and Peshkabir fields. Combined production from the two fields currently averages 110,000 barrels of oil per day.

DNO ASA is a Norwegian oil and gas operator focused on the Middle East-North Africa region and the North Sea. Founded in 1971 and listed on the Oslo Stock Exchange, the Company holds stakes in onshore and offshore licenses at various stages of exploration, development and production in the Kurdistan region of Iraq, Norway, Oman, Somaliland, Tunisia, the United Kingdom and Yemen.