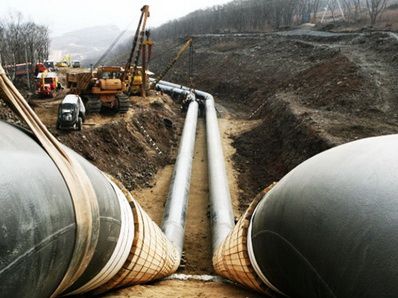 Fuel and energy
OREANDA-NEWS. The US Army Corps of Engineers is close to issuing the final easement needed to complete construction of the 470,000 b/d Dakota Access crude pipeline, two Republican lawmakers said yesterday.

Senator John Hoeven (R-North Dakota) and representative Kevin Cramer (R-North Dakota) said federal officials have told them the corps would be granting an easement that the $3.8bn pipeline needs for a river crossing in North Dakota. Former president Barack Obama's administration had denied the easement in December to provide time for a new environmental review.

"I have received word the Department of Defense is granting the easement for the Dakota Access pipeline and congressional notification is imminent," Cramer said yesterday.

Hoeven said acting US Army secretary Robert Speer informed Congress that he directed the corps to "proceed with the easement" needed for the pipeline. President Donald Trump last week signed a memorandum directing the corps to issue the easement expeditiously and to consider rescinding the new environmental review.

Dakota Access would transport Bakken crude from North Dakota into Illinois for further delivery to the US Gulf. The contested easement would allow the pipeline to cross under a dammed part of the Missouri river called Lake Oahe.

The Standing Rock Sioux, along with other nearby tribes and environmental groups, have fought that part of the pipeline because of concerns it would desecrate sacred land and potentially harm their water supplies. They have threatened to go back to court if the corps approves the easement without first conducting an environmental impact statement.

Energy Transfer Partners, and its partners Sunoco Logistics and Phillips 66, have been separately pushing a federal court to issue a ruling that the pipeline was functionally approved in July 2016, which would allow them to immediately start construction. Those companies last week agreed to delay briefing to provide time for the corps to consider issuing the easement.

The federal court hearing that case plans to hold a status hearing on 6 February.

Energy Transfer Partners and the corps did not immediately respond for comment.