Nissan Announced Departure of the Datsun Brand from Russia

Microsoft Has Released an Update for Windows 10 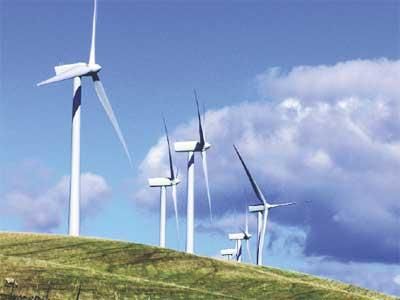 Two of Dong's proposed projects — the 240MW OWP West and 240MW Borkum Riffgrund West 2 — were successful with bids of zero. This means they will not receive subsidies on top of German wholesale power prices under the country's renewable energy law.

German utility EnBW's 900MW He Dreiht offshore wind project won one of the German tenders with a bid of zero, also making it exempt from financial support when it comes on line in 2025.

Dong's 110MW Gode Wind 3 project also succeeded in the tender with a bid of a €60/MWh subsidy. All three of Dong's projects are expected to come on line in 2024, with final investment decisions expected for 2021.

The scheduled date of 2024 will enable developers "to apply the next generation turbine technology", Dong wind power chief executive Samuel Leupold said. "The bid reflects the fact that grid connection is not included."

Dong said that wind turbines of up to 13-15MW could be available by 2024, significantly reducing the amount needed to be installed. Dong's 450MW Borkum Riffgrund 2 farm, by comparison, will use 8MW turbines and is scheduled to be completed by 2019.

Dong said OWP West and Borkum Riffgrund West 2 will be combined into one large-scale project, with an option of adding additional power capacity in next year's auction, allowing Dong to reduce costs. And German authorities have approved a possibility of extending the operational lifetime of the asset to 30 years from 25 years, the company said.