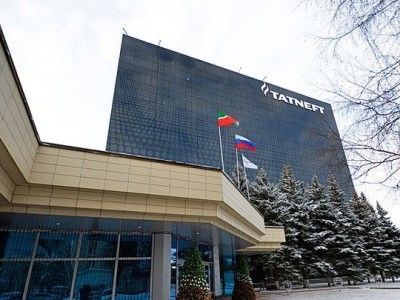 Enterprises of the TATNEFT Croup of Companies produced 28,939 thousand tonnes of crude oil

The enterprises of the TATNEFT Croup of Companies produced 2,445 thousand tonnes of crude oil in December (94 % versus December 2016), with PJSC TATNEFT accounting for 2,416 thousand tonnes (94%), while OOO “Tattneft-Samara” produced 29,357 tonnes (92.6%) at the licensed areas outside the Republic of Tatarstan.

762 new wells were built and delivered to customers during twelve months  of 2017, which was 14% more than during the same period in 2016 (667 wells in 2016), including 702  production wells drilling with 493 wells out of this number being in-fill wells, 10 exploratory wells drilling and 50 wells drilling to the bitumen.

There were 70 sidetracks and horizontal wellbores delivered during twelve months in 2017.

The plan for the delivery of production wells was fulfilled by all NGDUs: with the plan, 697 wells there were 702 wells delivered to the customers and the annual plan fulfillment accounted to 101%.

In the Republic of Kalmykia, the development of well No. 1 of the Barrier area has been completed and the well is in conservation now.

Formation hydrocracking operations were carried out in 820 wells (60 wells in December).