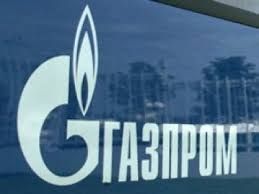 Gazprom received a certificate from the Moscow Exchange

OREANDA-NEWS. Gazprom received a certificate from the Moscow Exchange confirming that the Company had fulfilled all quality requirements for corporate governance and was thus qualified to retain its position on the top-tier quotation list.

Gazprom’s shares are among the most liquid instruments at the Russian stock market.

On June 9, 2014, new listing rules came into effect at the Moscow Exchange as part of its listing reform. The List of securities admitted to trading was revised. The new list comprises three sections: Level 1 and Level 2, which are quotation lists, and Level 3, which is a non-quotation list. Gazprom’s shares were listed on Level 1, the top-tier quotation list, which includes securities that used to be on the A1 and A2 quotation lists.

As part of the listing reform, corporate governance requirements were increased for issuers pursuant to the new Corporate Governance Code developed by Russia’s Central Bank. For example, shares cannot be included in the top-tier quotation list unless independent directors form at least 20 per cent (no less than three persons) of the issuer’s board of directors. The issuer’s board of directors has the obligation to create audit, remuneration and HR committees composed mostly of independent directors.