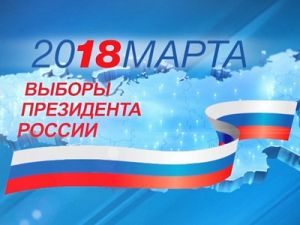 OREANDA-NEWS. General Director of IDGC of Centre Oleg Isaev received a letter from Governor of the Kursk region Alexander Mikhailov. The head of the region thanks the management and the entire staff of the company for providing reliable and stable power supply to voters and consumers of the region on the day of the election of the President of Russia.

On 18 March, the power engineers of IDGC of Centre ensured electricity supply in the Kursk region with about 1,200 points of voting, including 349 stations connected to grids of other territorial grid companies. Since 16 March in the Kursk branch of the company, as in other branches, a special mode of operation has been introduced, involving full mobilization of forces and means.

The power engineers checked the electricity supply circuits for all voting stations and conducted emergency inspections of electrical installations from which they are powered. In addition, all the stations connected to the company’s grids were provided with backup sources of electricity supply. On 18 March, technical supervisors and specialists of operating and repair personnel were on duty around the clock. In total, 1,152 employees of the Kursk branch of IDGC of Centre were on duty. The power engineers worked in a high alert mode until the moment of signing protocols at the polling stations.

As Governor of the Kursk region Alexander Mikhailov noted in his letter, there was not a single serious technological malfunction in the operation of the electric grid equipment on the election day, which confirms the high professionalism and responsibility of IDGC of Centre’s employees: "The task set for the power engineers has been fulfilled. Thank you for your work! I wish you and your company success and prosperity!".