Microsoft Has Released an Update for Windows 10 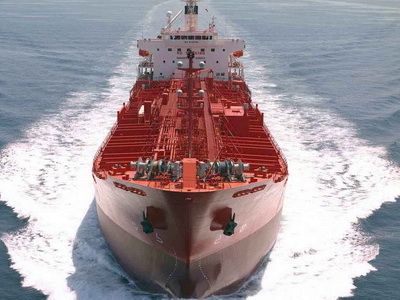 Iranian fleet sails back to the west of Suez market

Fuel and energyOilgasTransportWater transport and ports
OREANDA-NEWS. It is a long haul but Iran's NITC fleet is increasingly reintegrating into the west of Suez freight market and the state-owned company expects to slowly build its presence in the spot market in the coming months.

So far this year, two NITC very large crude carriers (VLCCs) - each capable of carrying around 2mn bl - have gone to Rotterdam while a Suezmax has just delivered to a Spanish terminal. And a weekly position list of NITC vessels available for spot bookings in European waters is circulating in the freight market - currently showing one Aframax, one VLCC, and several Suezmaxes.

NITC owns one of the world's largest tanker fleets - with 42 VLCCs, each capable of carrying around 2mn bl - but during US and EU sanctions imposed in 2012 and lifted early last year the ships were confined to eastbound voyages to countries such as India and South Korea.

Even after the lifting of the sanctions, NITC faced legacy problems such as securing liability insurance and persuading charterers they would not be penalised because of remaining US measures against Iran.

As early as May last year, NITC commercial director Captain Nasrollah Sardashti said the fleet would resume crude shipments to Europe from June 2016 "if required". The Iranian fleet subsequently began to adopt the Panamanian flag and secured liability coverage through a group of European P&I clubs, a necessary prerequisite for a return to European ports.

In the event, NITC vessels resumed direct shipments of Iranian crude to western Europe in December last year, when the 1mn bl Suezmax Sonia 1 was booked on the spot market to deliver to Algeciras, Spain.

Shipments of Iranian crude to Turkey are now established, regular business, and NITC attempts to secure backhaul voyages in the Mediterranean following such deliveries. But it is a crowded market and that has limited the number of bookings.

The NITC VLCCs the Huge and the Snow have gone to Rotterdam in recent days although so far only the Huge has unloaded, while the Snow was still laden and anchored at the Dutch port this morning.

The Huge has since travelled across the Atlantic to load a cargo of Mexican crude for Indian refiner Essar and is currently laden southeast of Cuba, signalling its eventual destination as south Asia. India taking Mexican crude is not unusual, nor is the willingness of an Indian firm to use an NITC vessel. But the combination is distinct and marks a milestone in the reintegration of the Iranian fleet's VLCCs back into the west of Suez spot market. Essar also booked the Snow for a similar Caribbean-India voyage with early-April loading, but the fixture failed, a common occurrence in the freight market. Similarly, London-listed trading firm Glencore's ST Shipping arm had previously made a provisional booking for the Huge to follow up its delivery to Rotterdam with a UK continent to east Asia shipment but that too was failed.

An NITC Suezmax discharged at the Spanish port of Algeciras late last week and is now sailing past Malta.

From these beginnings NITC will continue to compete for more non-Iranian cargoes - potentially including eastbound fuel oil shipments - and to ramp-up its spot market presence further this year.