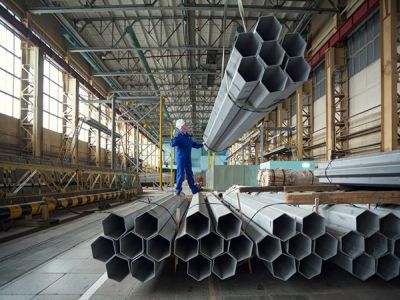 OREANDA-NEWS Joint efforts of TVEL and Chepetsky Mechanical Plant (a company of ROSATOM’s Fuel Company TVEL) resulted in a five-year contract for a large supply of rolled titanium with a European distributor of titanium products.

The contract envisages that over one thousand tons of various titanium products manufactured by the plant will be supplied to the European market. According to the contract, the supply will be multiplied every year while reaching its maximum in 2021. The first shipment of rolled titanium will be delivered to the European partner in the first quarter of this year.

“The approved “increasing” supply schedule allows the plant to gradually step up the production with the increase of the existing production capacities”, explained Konstantin Vergazov, Director General of Chepetsky Mechanical Plant.

The total contract value is over 2.0 bln. rubles. “This is the first contract of Rosatom’s fuel company TVEL for the supply of titanium products with a foreign partner. The existing agreements with Indian, Singapore, and American companies envisage the supplies within 10-20 tons of products. The European distributor’s decision about such a large-scale project is based on the experience of the last year successful pilot supplies of the plant”, pointed out Konstantin Vergazov.

The titanium products of Chepetsky Mechanical Plant are used in various industry sectors including aircraft and car manufacturing.