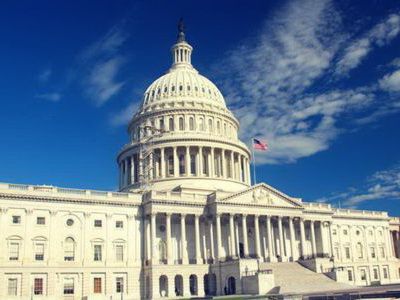 Fuel and energy
OREANDA-NEWS. Republican leaders in the US House of Representatives have added another oil sector regulation to the list of high-profile rules they plan to block.

House majority leader Kevin McCarthy (R-California) yesterday said he planned to use the Congressional Review Act to "take the ax" to a Securities and Exchange Commission (SEC) rule directing publicly traded energy companies to disclose payments to governments around the world. The SEC adopted the rule last year with the goal of fighting corruption, but the first disclosure reports are not due until 2019.

McCarthy, in an opinion piece in the Wall Street Journal, said the regulation would add an "unreasonable compliance burden" for US energy companies that would not apply to foreign competitors, creating a competitive disadvantage. European oil companies face similar rules, but some state-owned oil companies are exempt from the disclosure requirements.

US oil companies have warned the regulation, which Democrats included in the 2010 Dodd-Frank financial overhaul law, could put them at a competitive disadvantage because they would have to reveal how much they paid to develop promising areas. The trade group the American Petroleum Institute applauded efforts to repeal the SEC regulation.

"The House plan to repeal this rule is a needed step by Congress to establish sensible regulations that balance increasing transparency without diminishing our industry's competitive advantage and fundamentally harming American jobs," the industry group said.

"This is political suicide" Oxfam senior policy adviser Isabel Munilla said yesterday. "The day after the former CEO of ExxonMobil gets voted out of committee for secretary of state, the Republicans are proposing to gut an anti-corruption rule for the oil sector."

ExxonMobil did not respond for comment. But the company was one of the leading opponents of the SEC regulation when ExxonMobil chief executive Rex Tillerson led the company. The US Senate Foreign Relations committee, in a party-line vote on 23 January, endorsed his nomination as US secretary of state.

The Congressional Review Act allows lawmakers to repeal by a majority vote federal regulations finalized in the last 60 legislative days, a period that stretches back to June 2016. If Republicans succeed in using the law, it would block the SEC and other agencies from trying to adopt similar replacement regulations.

Republicans leaders intend to use the statute to block a rule requiring oil and gas producers on federal land to reduce flaring and leaks of natural gas. They also want to rescind a coal mining regulation intended to protect streams. Democrats will be unable to filibuster to block efforts to use the law.