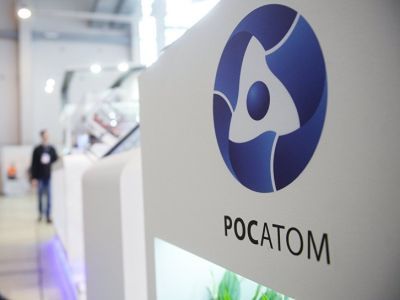 Fuel and energyAtomic industryOther energy
OREANDA-NEWS ROSATOM and King Abdullah City for Atomic and Renewable Energy (K.A.CARE) signed the roadmap for the implementation of the Program for the Cooperation on Peaceful Use of Atomic Energy.

The roadmap comprises a set of steps to be implemented by the parties in order to promote the cooperation in the areas designated in the Program, which was signed into effect in Moscow on October 5, 2017, during a historic visit of the King of Saudi Arabia Salman bin Abdulaziz bin Abdul Rahman bin Saud to Russia.

According to the Program, Russia and Saudi Arabia intend to cooperate in the field of small and medium reactors that could be used for both power generation and water desalination.

The parties also plan to cooperate in training personnel for the Saudi nuclear industry and developing the Kingdom’s nuclear infrastructure. Russia and Saudi Arabia will also look into the prospects of establishing a center for nuclear science and technology in the Kingdom of Saudi Arabia based on a Russian-design research reactor.
Source: http://www.rosatom.ru
Подписывайтесь на наши группы: Instagram | VK | Facebook | Twitter
Rate this article:
Print