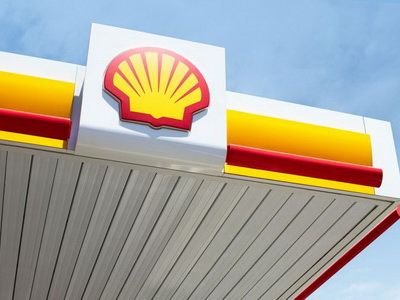 Shell's overall output rose by 28pc on the year in October-December last year to just over 3.9mn b/d of oil equivalent (boe/d). Full-year production averaged 3.7mn boe/d, up by 24pc on 2015. The sharp increase was driven by the $54bn acquisition of UK firm BG in February last year, complemented by some major project start-ups such as Kashagan in Kazakhstan.

The company's upstream division - which excludes LNG and gas-to-liquids (GTL) operations - swung to a profit of $35mn in the fourth quarter from a $1.5bn loss a year earlier, underpinned by the increase in output, reduced operating costs and the first year-on-year rise in quarterly oil prices since April-June 2014.

But the integrated gas division, comprising LNG and GTL, saw profit slump to $28mn in the quarter from $1.1bn a year earlier, despite a sharp 51pc year-on-year rise in LNG sales to 8.6mn t. Higher depreciation charges, lower LNG prices and one-off items weighed heavily on the result. The integrated gas division took a $430mn charge related to the impact of the weakening Australian dollar on a deferred tax position and a $420mn charge related to changes in deferred tax positions as a result of a reclassification of project expenditures in Australia.

Shell's downstream profit excluding inventory effects fell by 37pc compared with the fourth quarter last year to $1.58bn. The downstream division benefited from a stronger petrochemicals environment than a year earlier, improved operational performance and lower operating expenses. But this was more than offset by lower trading and refining margins, and higher taxes. The firm's oil products sales increased by 3pc in the fourth quarter compared with a year earlier to 6.5mn b/d, with higher trading volumes partly offset by lower marketing volumes. Refinery runs were up by 3pc on the year to 2.7mn b/d.

Shell's overall profit excluding inventory effects was just over $1bn in the fourth quarter, down from $1.8bn a year earlier, and $3.5bn for the full year, compared with $3.8bn in 2015. One-off items reduced fourth-quarter profit by $763mn.

Further cuts to investment and more asset sales this year will be a key factor determining whether Shell can continue to reduce the debt pile that it built up following the BG deal. The company came in around $2bn under its $29bn organic capex budget last year and is sticking to its $25bn investment target this year. The firm's $30bn asset sales programme in 2016-18 has gathered momentum in recent weeks, with around $15bn of deals completed, announced or in progress.