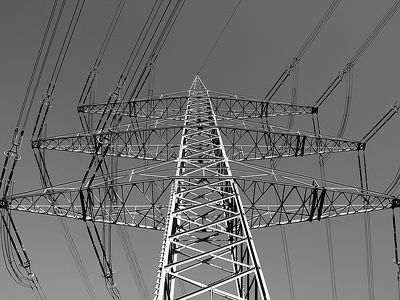 Fuel and energy
OREANDA-NEWS. January 19, 2017. A new analysis from California regulators indicates that even if SoCal Gas is allowed to resume natural gas injections at the Aliso Canyon storage field sometime next month, southern California could face the risk of gas shortages and electric blackouts for the rest of the winter and for a second summer.

Challenges to gas and electric reliability remain because only a limited number of Aliso Canyon wells have passed state-ordered safety tests and new rules will limit how those wells operate.

Executives from California's Public Utilities Commission (CPUC) and the Department of Conservation's Division of Oil, Gas, and Geothermal Resources (DOGGR) plan to decide next month whether to give SoCal Gas authority to resume partial operation at Aliso Canyon. The key storage field has been unavailable because of a massive leak that allowed nearly 5 Bcf to escape beginning in late October 2015.

Aliso Canyon plays a critical role in supplying gas to power plants in Los Angeles and across southern California and to refineries and other industrial customers. Without access to gas from Aliso Canyon, SoCal, the CPUC, the California Energy Commission, the California Independent System Operator (ISO) and the Los Angeles Department of Water and Power (LADWP) have had to implement two dozen measures to better coordinate gas supply to meet customer demand across southern California since last summer.

In its latest analysis, DOGGR determined that Aliso Canyon's maximum working gas capacity should be cut by 22pc to 65 Bcf (1.8bn m?) and that its maximum surface operating pressure (MSOP) should be 2,476 psi.

Separately, a CPUC analysis said the field needs much less gas, a maximum of roughly 29 Bcf, to maintain gas and electric reliability. SoCal had planned to inject as much as 30 Bcf into the field before the end of 2016 to boost working gas closer to 45 Bcf.

Currently, 34 wells have passed DOGGR's safety tests, with one additional well pending. Others have been taken out of operation, one permanently.

For reliability, the CPUC said SoCal needs to be able to withdraw 839mn cf/d from Aliso Canyon to meet winter peak-day needs which typically occur in January and 906mn cf/d to meet a peak day in the summer with working gas at 29.7 Bcf.

Estimates of the field's current withdrawal capacity fall far short of those requirements and the CPUC said it is unlikely SoCal can return the 65 to 66 wells needed to meet that level before the fourth quarter.

Currently, SoCal may be able to inject about 248mn cf/d with 31 available wells, meaning it would take about eight weeks of injection to boost working gas in the field to 29.7 Bcf from the remaining 15 Bcf.

"The current number of wells available, even assuming optimistic production rates, is not sufficient to assure reliability in the short term," the CPUC report said.

As isolated wells are repaired, tested and returned to service, withdrawal rates may improve, the CPUC said. "However, the timing is such that there will not be enough completed wells for the 2016/17 winter season, nor will there be sufficient wells available to meet a peak summer day demand."

Since 1 December, SoCal's pipeline receipts have exceeded daily demand on just 10 days, forcing SoCal to pull gas from its remaining three smaller storage sites other days. Withdrawals have reduced SoCal's overall gas in storage by 9 Bcf to 50.4 Bcf since 1 December.