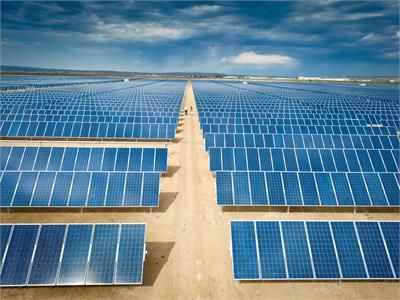 Expected to cost about 13 billion yen in total, the Project will entail erecting a mega-solar power facility with a generation capacity of 32.3 MW as well as related facilities on a plot of land belonging to Minamisoma (approximately 46 hectares) affected by the Great East Japan Earthquake. The construction of the facilities has been started, and commercial operation is expected to begin in December 2018. The Project will generate the equivalent power usage of approximately 10,000 general households, and will utilize the fixed price purchasing system to provide electric power to retail power companies.

In Minamisoma, in addition to the Project, Sumitomo Corporation has been implementing another solar power project with a total power generation capacity of 59.9 MW in the Kashima Migita/Ebi and Mano districts, aiming to start commercial operations in March 2018.

In October 2012 Minamisoma formulated the “Minamisoma Renewable Energy Promotion Vision” with the goal of having renewable energy provide for nearly 100% of the city’s power consumption in 2030. The Project is one important effort toward achieving this aim.

Sumitomo Corporation is actively engaged in developing and operating renewable energy power projects around the world, and its share in these projects encompasses a net generation capacity of 1,000 MW. Sumitomo Corporation will continue striving to uncover and develop opportunities for its electric power business to undertake renewable energy projects and other quality infrastructure projects both in Japan and abroad.

Mizuho Bank as the arranger put together the project finance for the Project. As a mega-bank with 10 locations in the Tohoku region, Mizuho Bank has been assisting in the region’s reconstruction by providing funding for renewable energy power projects such as this one, financing reconstruction efforts and supporting sixth-order industrialization in the agriculture, forestry and fisheries industries. Mizuho will continue mobilizing its full strength to support the disaster-hit areas.

Toshiba has positioned the energy business as one of its key business domains, and it has been involved with solar power systems and other renewable energy projects both inside and outside Japan. A characteristic feature of Toshiba’s solar power business is its ability to provide one-stop service from site selection to system construction. Toshiba is committed to pursuing products and services that meet wide-ranging needs for solar power systems and to helping rebuild disaster-hit areas.