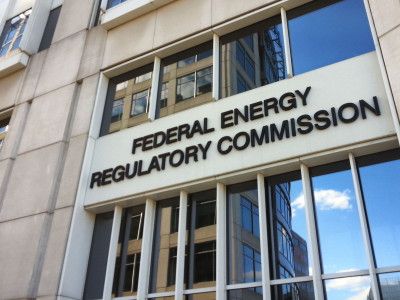 Fuel and energyCoalAtomic industry
OREANDA-NEWS. The US Federal Energy Regulatory Commission (FERC) today rejected a proposal backed by President Donald Trump that would have provided potentially billions of dollars to coal and nuclear power plants in support "grid resiliency."

US energy secretary Rick Perry released the plan in September out of concern that pending retirements of coal and nuclear plants posed an "urgent" threat to the resiliency of the grid. Those plants have been struggling to compete against low-priced natural gas and renewable energy, and Perry's plan would have helped them through subsidies.

But FERC said the proposal failed to show that existing power market rules in the US were unreasonable, a step the agency says is needed before it can force changes.

FERC specifically rejected the idea that only power plants with 90 days of on-site fuel should qualify for additional payments. FERC said the proposal did not show how providing payments would benefit the grid, or how excluding other resources would not be discriminatory. Other resources that do not have 90 days worth of fuel supply can also improve the reliability of the grid, FERC said.

Coal and nuclear groups had supported the proposal, which they said was needed to stave off a wave of retirements of baseload power plants that run constantly. But a coalition of natural gas groups, power plant owners and renewable energy companies rallied against the plan over concerns it would cause chaos across power markets.

The grid resiliency proposal would have cost between $800mn/yr and $3.8bn/yr, the consulting firm ICF said last year. The research firm Energy Innovation estimated the costs of the proposal could reach $11.8bn/yr, of which 30pc would go toward coal plants and 70pc would go toward nuclear plants.

FERC said it appreciated that Perry identified grid resilience as an "important issue that warrants further attention" and had decided to open a new proceeding into the issue. The order today asks the major electric grid operators dozens of questions about the largest issues they face with grid resiliency and the steps underway to address those issues.