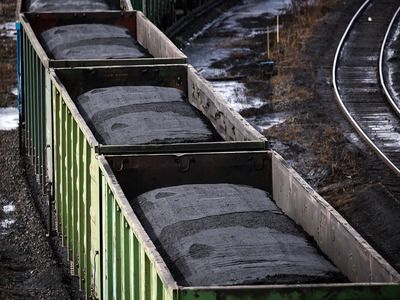 Fuel and energyOther transport activitiesCoalInternational activities
OREANDA-NEWS.Evraz Roman Abramovich and Alexander Abramov had difficulty supplying coal to Europe through Ukraine. The company appealed to the Deputy General Director of Russian Railways, Alexei Shilo, with a complaint that they didn't agree on applications for the transportation of coal to the Uzhgorod station and further to Slovakia and Hungary in December 2019.

Evraz top manager asked for clarification of the reasons for the refusal to approve applications for deliveries to Europe. “Evraz breaks the contracts for the supply of coal products to enterprises located in Europe, with the risk of the metallurgical company becoming financially liable,” Pikalov said in a complaint.

According to the Evraz letter, Russian Railways recommended that Russian shippers, when delivering to Europe through Ukraine, choose a forwarder from the proposed list. And Evraz, when applying, indicated the forwarders from this list, says Pikalov.

However, according to three sources close to Ukrainian forwarders, the reason for the refusal to coordinate the Evraz application is that on December 1, a single forwarder was appointed for coal transit through Ukraine.