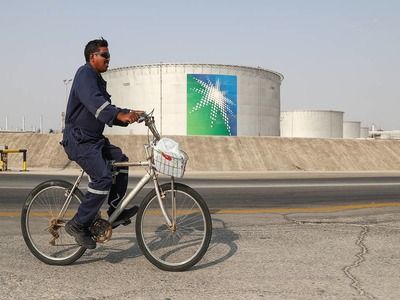 Belarus Purchased the First Batch of Oil from Saudi Arabia

Fuel and energyOilWholesale of non-motor vehiclesInternational activities
OREANDA-NEWS. Belarus bought the first batch of oil at 80 thousand tons from the largest oil company Saudi Aramco, the arrival of the tanker is expected in the port of Lithuania - Klaipeda - on May 11.

This was announced on Wednesday by the press secretary of the Belarusian state concern Belneftekhim Alexander Tishchenko. "Belarus purchased the first batch of oil in the volume of 80 thousand tons from the Saudi Aramco oil company, a tanker is expected in Klaipeda on May 11", he said.

Earlier it was reported that President of Belarus Alexander Lukashenko instructed officials to create a serious supply of oil and fuel in the republic for "unforeseen cases", which would not interrupt the work of industries and not interrupt technological processes. According to the official website of the President of Belarus, Lukashenko is holding a meeting on oil supplies to Belarus.
Source: OREANDA-NEWS
Материалы по теме: