Bloomberg: OPEC+ Believes That Shale "Golden Age" Will End in US 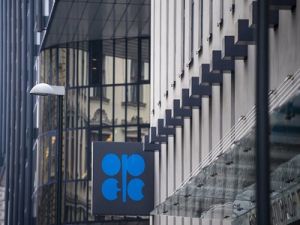 OREANDA-NEWS. Ministers of OPEC + countries believe that shale oil production will slow down in the United States. Such a statement is given in a material published on Monday by the American News Agency.

According to his sources, the participants of the upcoming OPEC+ ministerial meeting this week "will discuss the possibility of increasing, not lowering, the current level of oil production". "What is the reason? They believe that the pace of continued growth in oil production in the US will seriously decline next year", the material said. It notes that OPEC+ "is betting on the end of the shale" golden age "in the United States".

According to the agency, some experts working in this industry also believe that the level of oil production in the United States in 2020 will not increase as much as in the current year or in 2018. The publication notes that sources from among OPEC officials expressed their belief that global oil demand could rise more than forecast. At a meeting on December 5-6 of this year in Vienna, OPEC + countries will consider the issue of oil production levels after March 2020.