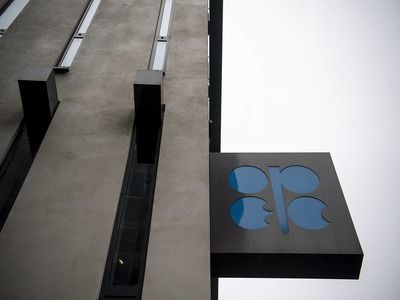 Fuel and energyOilInternational activitiesEvents
OREANDA-NEWS. Brazil may take part in the OPEC+ meeting in Vienna on December 6, which will discuss the levels of production of the alliance for the period after March 2020. This was reported to reporters by the Secretary General of the Organization of Petroleum Exporting Countries (OPEC) Mohammed Barkindo on the sidelines of the ADIPEC oil and gas conference.

"We will be glad to see Brazil as part of OPEC. We are waiting for them in December, invited them to participate in the OPEC ministerial meeting on December 6", he said. In late October, Brazilian President Jair Bolsonaru said at the Future Investment Initiative forum that Brazil wants to become a member of OPEC, but there is no solution yet, it needs to be discussed. At the same time, he clarified that he must first consult with the ministers of economy and energy.

Brazil participated in OPEC+ technical consultations in 2016. However, after several meetings, its representatives said that the country doesn't intend to reduce oil production, since, on the contrary, it plans to launch several promising projects. Brazil produces about 2.8 million barrels of oil per day.