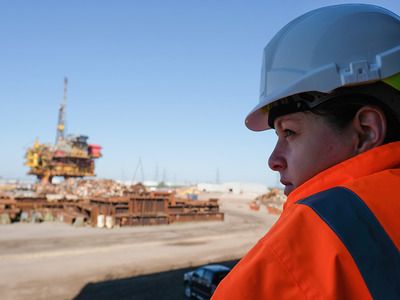 Fuel and energyOilEventsInternational activities
OREANDA-NEWS. The cost of June Brent crude futures exceeded $ 33, it follows from trading data on the London ICE. As of 08:50 Moscow time, the price of a barrel of oil increased by more than 4.5% and amounted to $ 33.38. At maximum, it was $ 33.85. The cost of May futures for WTI crude oil rose by over 8.7%, to $ 25.9 per barrel.

The OPEC+ countries and other oil-producing states should begin consultations on April 9 to reduce oil production. A source in the Ministry of Energy and a representative of the department told the Russian media that Russia would discuss a decrease in production by 14% (about 1.6 million barrels). The agreement may include the United States, Mexico, Canada, Norway and Brazil.

According to a media source, Russia is ready to reduce production in proportion to the share in total production, taking into account a joint decrease of 10 million barrels per day. However, US President Donald Trump said that the United States is unlikely to go to reduce oil production. According to him, the country has already reduced production.
Source: OREANDA-NEWS
Материалы по теме: