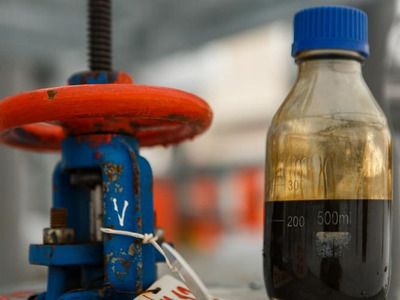 Fuel and energyOilFinance accounting and auditIncidents
OREANDA-NEWS. Damage from oil pollution in the Druzhba pipeline for Russia can range from $ 271.3 million to $ 435.3 million. On this Monday, May 13, writes the Russian media belonging to the family of Demyan Kudryavtsev. According to Belneftekhim concern Andrei Rybakov, the transit of oil through the territory of Belarus in the direction of Poland, Germany and Ukraine in 2018 cost $ 0.84 for pumping 1 ton per 100 kilometers. The fee for the entire route could therefore be $ 15.96 per ton.

Data on the total amount of oil vary. Vice-president of Transneft Sergey Andronov talked about 48.9 million tons, while the site responsible for pumping Gomeltransneft Druzhba reported that 58.8 million tons passed from Russia through Belarus. "Gomeltransneft Druzhba" could receive for transit last year from 780.4 million to 938.5 million dollars. For 14 days of downtime, lost revenue could reach 29-35 million dollars.

After the accident, the carrying capacity of the pipeline could be reduced to 40 million tons, said the chief engineer of Gomeltransneft Druzhba, Andrei Verigo. As a result, the transit state company for this year will not receive for pumping from 8.9 million to 18.8 million tons of oil (from 142 million to 300 million dollars). Due to the ingress of poor-quality oil, Belneftekhim (owns the Naftan refinery and the Mozyr refinery) reduced the output of petroleum products, according to their calculations, the damage amounted to $ 100 million of lost revenue. Also, the Mozyr Oil Refinery stated that, due to poor-quality oil, the heat exchange tubes of the XK-105 air cooler in six plants were damaged. According to expert estimates, such tubes cost 3.5 million rubles each.

According to experts, for an objective assessment of damage to equipment, it is necessary to conduct an independent examination with the involvement of the Belarusian and Russian sides.
Source: OREANDA-NEWS
Поделиться в соцсетях:
Подписаться на наши группы: Instagram | VK | Facebook | Twitter
Rate this article: