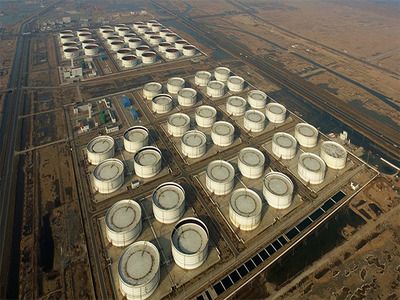 Fuel and energyOilInternet mediaWholesale of non-motor vehicles
OREANDA-NEWS. China increases oil purchases for government reserves amid falling prices. This was announced on Thursday with reference to several sources by an American news agency.

According to him, the PRC authorities instructed government departments to coordinate the process of filling state storage facilities with oil in the near future, while prices remain low. In addition, authorities also requested private storage facilities to increase oil purchases. It's reported that the goal of increased oil purchases is to achieve energy reserves equivalent to 90 days of direct import.

Earlier, Reuters reported that China increased its purchases of energy from the Russian Federation and the United States in connection with a reduced oil price after OPEC and Russia were unable to agree on an extension of the agreement to reduce oil production.

The OPEC+ agreement expired on March 31, and it was not possible to renew it, since Russia and Saudi Arabia could not agree on the terms of extension. In Riyadh, it was stated that without an intensified reduction, which Russia did not agree to, the deal does not make sense.