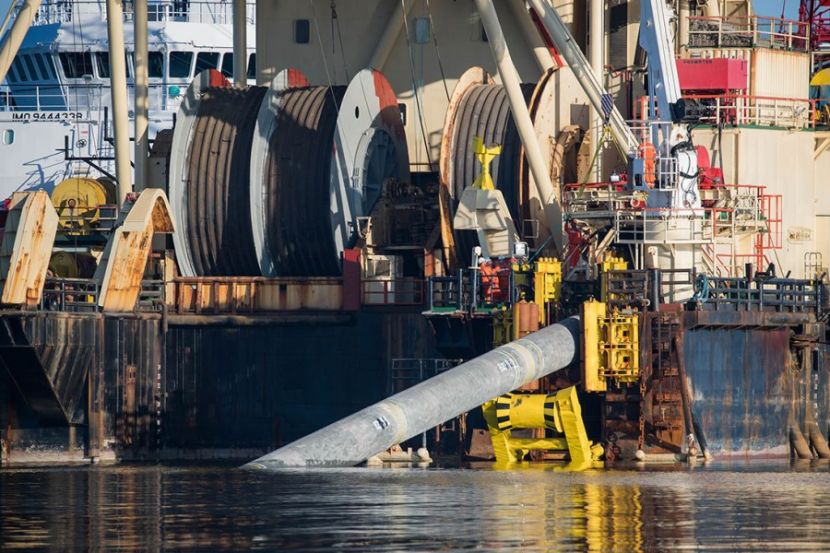 OREANDA-NEWS. The suit of German environmentalists (Nabu organization) suspends the permit of the Federal Maritime and Hydrographic Agency (BSH) for the construction of the Nord Stream 2 gas pipeline, but work may resume at the end of May. RIA Novosti was told about this by the press service of the regulator.

Nabu has challenged the BSH permit, which approved the laying of the pipe in the German exclusive economic zone on the Baltic Sea at a stretch of 16.5 kilometers. It is valid until the beginning of summer.

Environmentalists believe Nord Stream 2 is destroying seabed habitat in an area of more than 16 football fields. They questioned whether Germany needed this project at all.

Currently, the construction of two lines of the gas pipeline is underway in Danish waters. The pipe-laying of the second line is carried out by the Fortuna barge. In the Danish zone, she has 12.5 km left to lay. In the German zone - 11.5. The average speed of "Fortune" is 300-500 meters per day. On April 27, the Akademik Chersky pipelayer began building the first string in Danish waters. Here he has to lay 68.5 km of pipes, and in the German zone - 16.5 km. The average speed of its operation after modernization is unknown, but experts estimate it to be higher than 1 km per day.

At the same time, according to the head of the board of the Eastern Committee of the German Economy, Oliver Hermes, the refusal to complete the highway would mean an even greater burden on the environment, reduced security of supply and higher energy prices.