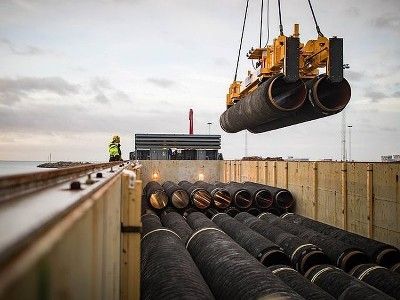 Denmark Has No Political Objections Related with Nord Stream 2

OREANDA-NEWS. Russian newspaper "Izvestia" referring well-informed sources reported that Denmark does not have any political objections related to the laying in its exclusive economic zone of the Russian gas pipeline Nord Stream 2.

According to one of the newspaper’s interlocutors, the political matters were related to the application for passing the gas pipeline through Danish territorial waters. At that stage, the authorities dragged on the terms of coordination as much as possible. At the end of June, the application was withdrawn, and in July a new one was submitted, and it dealt with the route through the exclusive economic zone of Denmark, which is regulated by the United Nations Convention on the Law of the Sea. Now the process is administrative, and it is close to its end.

There is no information about when exactly Denmark will decide on Nord Stream 2. Ture Falbe-Hansen, the head of the press service of the Danish Energy Agency, told the journalists that the problem will be solved when the environmental and safety assessment carried out by Denmark and the neighboring states will be completed. Therefore, the timing will depend on consultations with other countries.

The representatives of Nord Stream 2 AG company, the project’s operator, are also unable to say about the probable time frame for Denmark to make a decision. They recall that the country has two applications for routes in the exclusive economic zone, the procedure for one of them has been completed, another continues at an advanced stage.