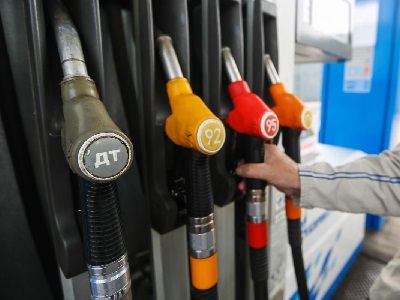 Excise Taxes on Gasoline and Diesel Fuel Will Grow in 2019

OREANDA-NEWS Excise taxes on motor fuel from January 1, 2019 year will grow by 2.7 - 3.7 thousand rubles, Dmitry Kozak - Deputy Prime Minister. But the government will not allow a jump in prices for gas stations.

Against the background of a sharp increase in wholesale and retail fuel prices at the end of May, it was decided from June 1 to reduce excise taxes on gasoline and diesel fuel by 3 thousand and 2 thousand rubles per ton, , and not to raise rates from July 1, as previously assumed (about 700 rubles per ton). This made it possible to stabilize the situation in the fuel market: prices in wholesale stopped growing, and at gas stations even began to decline slightly.

From January 1, 2019, the completion of the tax maneuver in the oil industry will begin, which involves a gradual decrease in customs duties with a corresponding increase in met. This maneuver also provides for a negative excise tax for oil refineries, which should "fulfill the mission of a market instrument to contain domestic fuel prices,"  reported Kozak.

With the help of a negative excise tax, the plants will compensate for the reduction of export duties at the end of the maneuver, as well as smooth out the possible growth of world oil prices. Part of the difference between the world price of oil and its value in the domestic market will also be received by the refinery in the form of a special damping allowance.

If these measures are not enough, the government will have" such an instrument "as the introduction of export duties on oil and petroleum products, " said the Deputy Prime Minister. "Despite the fact that the possible use of such a tool will lead to a decrease in potential revenues, the oil industry reacted with understanding. In the Arsenal of the government should be a lever of influence on the market", - concluded Kozak.