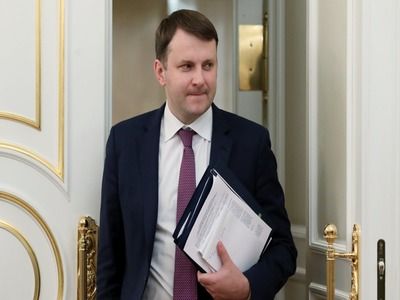 Expert Announced Russia's Readiness for Oil at $ 40 Per Barrel

Fuel and energyMinistries and departmentsOilState finance
OREANDA-NEWS. The optimal oil price for the Russian economy is $ 60 per barrel, said Economic Development Minister Maxim Oreshkin in an interview with the Russian media. “The Saudis and I changed places in the oil market: they need $ 70 per barrel, and $ 40 will suit us. Although, of course, better than $ 60 is the best price”, said the head of the Ministry of Economic Development.

According to Oreshkin, $ 60 per barrel is the level at which you can safely invest in new projects and engage in their development. But even with prices falling to $ 40 per barrel, Russia will not experience serious pressure on the domestic economy and financial market in terms of balance of payments and budget, he added. If in 2014 the country needed oil at $ 115 per barrel in order to maintain the budget and balance of payments, now $ 45 is enough, the minister said. If the world economy faces serious problems, this will affect Russia, “but earlier we would be hooked much more”, he explained.

Oreshkin recalled that over the past five years, a new budget rule has been introduced, a budget consolidation program and a transition to a floating rate have been carried out, and inflation targeting has also appeared. The head of the Ministry of Economic Development added that there are still many problems, and in particular, it is necessary to deal with regions with high unemployment, think about how to increase high-quality migration and reduce the outflow of highly qualified personnel abroad.

According to the conservative scenario of the macroeconomic forecast of the Ministry of Economic Development, Russia from 2020 will remain without excess profits from oil, and the dollar exchange rate will exceed 70 rubles. in the 2024th In this option, the average oil price coincides with the budgeted for cutting excess profits ($ 42.5 per barrel in 2020 and $ 45.9 in 2024). According to the budget rule, additional income from the sale of oil is considered more expensive than $ 40 per barrel in 2017 prices (this level is annually indexed at 2%). For excess revenues, the Ministry of Finance buys currency for reserve funds.