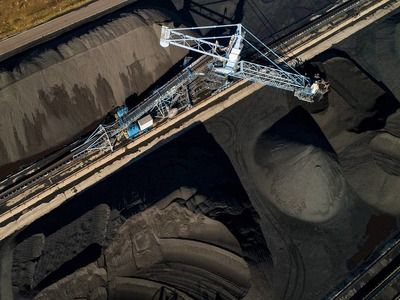 Exports of Russian Coal to Ukraine in June Fell by 85.3%

Fuel and energyCoalgasInternational activities
OREANDA-NEWS. In June, the export of Russian coal to Ukraine turned out to be 85.3% or 750 thousand tons less than in the same month of 2018 - it decreased to 129.3 thousand tons, the Kommersant newspaper reports citing data from the Central Dispatch management of the fuel and energy complex. At the same time, over the past six months, supplies decreased by 11.1%, or 556 thousand tons, to 4.9 million tons.

Starting June 1, Russian companies can supply coal to Ukraine only with special permission from the government. However, the newspaper writes, as follows from the data of the Central Dispatch Directorate of the Fuel and Energy Complex, already in June most of the largest exporters either stopped deliveries altogether or reduced them several times. At the same time, according to statistics, the supply of products is redirected to Belarus, according to statistics. For the first half of this year, the export of Russian coal to this country grew 4.5 times, to 951.3 thousand tons.

According to the expert of the publication, it is assumed that most of the Russian coal is now supplied to Ukraine through Belarus, however, deliveries also decreased due to the transition of the Lugansk Thermal Power Station to gas.

The Ministry of Economy and coal companies didn't respond to requests from the Russian media. A media source in the government said that information on trade relations with Ukraine "passes through a closed line". At the same time, the director of Promugolservis, Elena Drobina, stated in June that "as of June 13, companies did not have clear information on the principles for obtaining permits and possible volumes of supplies". Then at a meeting in Kemerovo on coal transportation, she also said that Ukrainian metallurgists had already placed orders with other suppliers from the United States and Canada.
Source: OREANDA-NEWS
Материалы по теме: