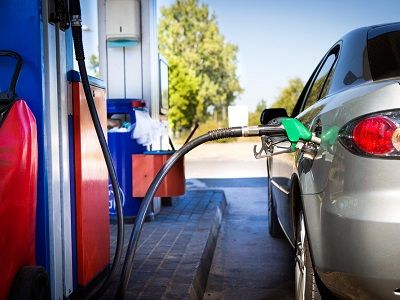 OREANDA-NEWS The Federal Antimonopoly service (FAS) and the Ministry of energy of the Russian Federation until the end of December will analyze the activities of the independent oil and gas stations in the regions.

If it turns out that some networks occupy a monopoly position, they will also sign an agreement on the stabilization of the fuel market. This information said Deputy Prime Minister Dmitry Kozak at a meeting with Russian President Vladimir Putin and members of the government.

"The task of the FAS and the Ministry of energy of the Russian Federation is to analyze in the regional context all networks of independent gas stations - and they occupy 62% of the market of oil products - for monopolization. Very often, despite their large number, the owners are the same persons and act in violation of antitrust laws. Such an analysis will be carried out before the end of December, and if companies that occupy a monopoly position in the retail market are identified, an agreement [on measures to stabilize the domestic market of petroleum products] will also be signed with them," Kozak said.

The head of state drew attention to the claims of the heads of oil companies about the unfair behavior of independent gas stations on the stock exchange, in particular, about the unreasonable number of intermediaries.

"With regard to the integrity of the independent gas stations, this order of the Federal Antimonopoly service, Rospotrebnadzor, Rosstandart to provide enhanced monitoring activities of independent gas stations from the point of view of the quality of products they deliver. Particular attention will be paid to those who will provide themselves with increased marginality compared to the parameters that are set by the decisions of the government of the Russian Federation", - said Kozak.

The government and oil companies at the meeting on October 31 agreed on measures to stabilize the fuel market. Thus, oil companies have pledged to freeze wholesale prices for gasoline and diesel fuel from November 1 to December 31 at the level of June 2018. And from January to March 31, 2019 to keep them at the level of inflation projected in the country.

Earlier it was reported that oil companies think about hidden margins on gasoline.