Gasoline Prices Rose over the Week 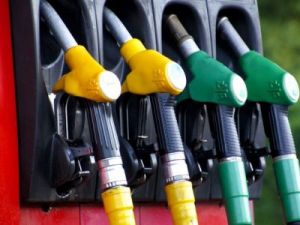 OREANDA-NEWS. The average price of a liter of gasoline in Russia for the period 1 to 7 July increased by 2 kopecks and in the end of the reporting period amounted to RUB 44,49 the Cost of diesel fuel over the same period has not changed and amounted to RUB 46,08 per liter, according to Rosstat.

According to the Department, in Moscow the prices for gasoline during the reporting period remained at the same level in Saint-Petersburg — rose 0.1% and the overall increase in fuel prices was recorded in 15 centers of subjects of the Russian Federation.

The implementation of the tax maneuver in the oil industry will lead to changes in the price of gasoline. The average price of fuel in 2019 will amount to 48, 36 ruble per liter, and in 2024 — 51,41 rubles per liter.

During the reporting period, the country produced 706,1 thousand tons of gasoline (down by 19.8% against previous week). In addition, it was released on 1 million 405,8 thousand tons of diesel fuel (minus 12.3 percent).