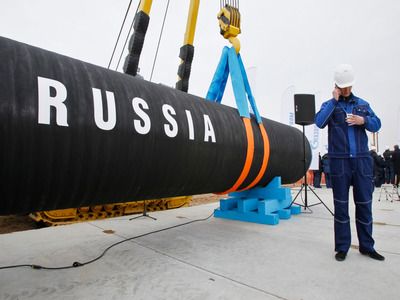 Fuel and energygasOther transport activitiesInterstate relations
OREANDA-NEWS. Nord Stream AG and Nord Stream 2 AG have submitted applications to the Federal Network Agency of Germany with the request to withdraw them from the action of the updated EU gas directive, Vedomosti reports citing agency materials. It's expected that the documents of pipeline operators will be considered until May 23 after consultations with other EU countries.

In their requests, operators appeal that an exception may be made in EU rules if it's a question of the need to protect investors in Germany. In addition, companies can prove their case if the German authorities consider that their activities positively affect the energy security of the EU countries.

In accordance with the amendments to the 2009 EU gas directive, all rules of European law (separation of gas supplier and transport company, third-party access to gas pipeline capacities, non-discriminatory tariffs and transparency) should apply not only to land pipelines, but also to offshore pipelines from third countries . This means that Gazprom will be able to use Nord Stream-2 after completion of its construction by only 50%. The remaining capacity should be provided to third suppliers. To solve this issue, an offshore gas pipeline will have to be created with a special gas transportation operator independent of the supplier.

In September last year, an EU court in Poland’s lawsuit ruled that it restricted Gazprom’s access to the OPAL pipeline - an allotment from Nord Stream. Since the Russian company could only book half of the pipeline’s capacity, its load was reduced.
Source: OREANDA-NEWS
Материалы по теме:

The Chairman of the Committee of the Bundestag, Norbert Rettgen, Proposed to Introduce a Moratorium on the Completion of the «Nord Stream – 2»OREANDA.RU | 05.02.2021 14:15:04

The Opposition in Germany Proposes to Stop the Construction of the «Nord Stream-2» Because of the Suppression of Protest ActionsOREANDA.RU | 01.02.2021 11:36:14