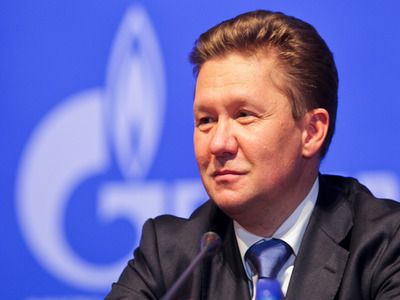 Fuel and energygasInterstate relationsInternational activities
OREANDA-NEWS. In January, in the course of trilateral talks in Brussels, the head of Gazprom, Alexey Miller, suggested that Naftogaz enter into a settlement agreement and begin negotiations with a clean slate. This was stated to journalists by a member of the board and head of the legal department of a Russian company, Sergey Kuznets, the Russian media correspondent reports. “Alexey Borisovich Miller announced that we are ready to consider the zero option and return to the negotiations, as they say, from a clean slate”, he said.

However, the Ukrainian side, he noted, did not agree with the conditions and is trying to persistently change the format of the agreement. “They say: No, the decision that was made in our favor, let's leave it as it is, but our future demands - let's give them up and make an amicable agreement on their basis. But it reminds a joke about Winnie the Pooh: we received 10 oranges, let's share it equally, but I have already eaten my eight”, added Kuznets.

A member of the board of Gazprom indicated that the company would be ready and happy to discuss the settlement if Naftogaz was ready for equal conditions. “For the time being, the conditions for such a discussion are simply not being formed”, he concluded.

On the proposal of "Gazprom" to go to the world in disputes with "Naftogaz" the head of the Ministry of Energy Alexander Novak said last week. The head of the department pointed out that a settlement agreement would allow settling disputes for further constructive interaction of companies. The decisions of the Stockholm arbitration, which obliged the Russian company to pay the Ukrainian $ 2.56 billion, in Moscow are considered contradictory. The possibility of concluding such a contract was discussed by the parties earlier. Kiev refused to negotiate such a deal until it was reached on its terms. "Naftogaz" proposal of "Gazprom" on the settlement agreement called absurd.