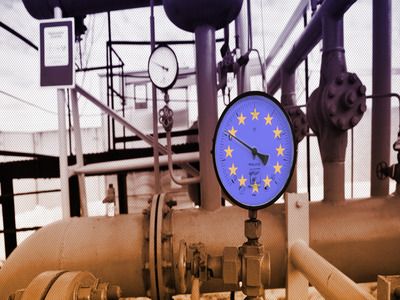 Fuel and energygasInterstate relationsOther transport activities
OREANDA-NEWS. Gazprom, after introducing restrictions on gas supplies through the OPAL gas pipeline, began to increase gas transit through Ukraine to Europe, on September 16 it can grow by 12.5%, according to data from the Slovak media. The estimated volume of gas deliveries through the Velke Kapusany gas measuring station (GIS) (one of the border points between the Slovak Republic and Ukraine) on September 16 may increase to 150.151 million cubic meters. September 15, the pumping volume amounted to 133.461 million cubic meters.

OPAL Gastransport GmbH at 07:00 Moscow time on Saturday imposed restrictions on Gazprom in the use of transit capacities of the pipeline. On September 10, the EU Court of Justice in a Polish lawsuit overturned the European Commission’s decision of 2016, according to which Gazprom could fully use the capacities of the OPAL gas pipeline that receives Nord Stream gas.

Initially, the conditions of the EU’s Third Energy Package allowed Russia to use only 50% of the OPAL gas pipeline. These standards are designed to prevent gas suppliers from dominating the market. But Gazprom asked for access to all 100% of OPAL's facilities, after all, the Russian company remained the only supplier of gas to Western Europe, which completely fills it. As a result, in 2016, the Russian company was allowed to participate in the auction for another 40 percent of deliveries.