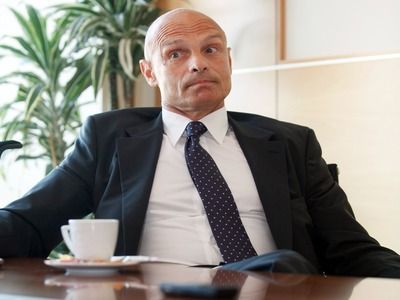 Fuel and energyOilIncidentsInternational activities
OREANDA-NEWS. Gunvor oil trader owner Torbjorn Tornqvist called the supply of polluted oil from Russia to Europe via the Druzhba pipeline a problem that in the short term will cause lawsuits from buyers, but won't affect Russia's reputation as a supplier in the long run. “In itself, this dirty oil supply is a problem. Russia and Transneft are doing everything they can to clean the oil and eliminate pollution. The situation will return to normal”, said the owner of Gunvor, who was one of the largest suppliers of oil from Russia.

“I think that in the long run, the pollution situation at Friendship won't have any impact on Russia's reputation as a supplier of oil. But in the short term, there will be complaints from oil buyers, because it can't be used, including lawsuits”, Tornivkv warned.

Earlier, President Vladimir Putin said that the situation with poor-quality oil supplied through the Druzhba pipeline, which happened in mid-April, caused Russia "very serious economic, material and image damage". According to Tornquist, Gunvor itself didn't buy dirty oil and didn't encounter problems. The volume of Russian oil trade for the company does not change, says Tornqvist, stating "the commitment to work in Russia as a place that is very important for me personally". Russian oil goes to three Gunvor refineries. In addition, the company is engaged in oil trade from Russia on the global market, the head of the oil trader added. Until March 2014, Gunvor was co-owner of the Russian businessman Gennady Timchenko, but on the eve of the introduction of US sanctions against him, he sold his stake to Tornqvist.