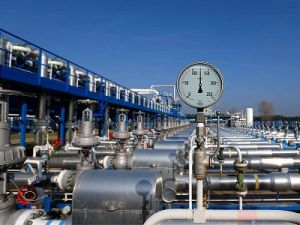 OREANDA-NEWS Hungary received from "Gazprom" guarantees for the supply of gas in 2020, even if the talks between Kyiv and Moscow on gas transit to the EU will fail, said the Minister of Foreign Economic Relations and Foreign Affairs of Hungary Peter Siarto.

"Today the Head of "Gazprom" and I made an agreement concerning assurances of supply to Hungary of natural gas regardless of whether it concluded a transit agreement between Russia and Ukraine", - said in a statement yesterday on the website of the Ministry of Foreign Affairs of Hungary.

According to Peter Siarto, Budapest is waiting for gas supplies through the "Turkish stream" from the second half of 2021.

"In our case, the more pipelines - is better. New supply routes are very important for us, that is why we cooperate with our Bulgarian and Serbian colleagues. We have repeatedly met to agree on a schedule of work," the Minister said in an interview with the TV channel "Russia 24".

The current contract for the transit of Russian gas through Ukraine expires at the end of 2019. The parties together with the European Commission are holding trilateral talks.

The second round of consultations was held in Brussels in January. No specific agreements were reached, as expected, but the EC made a proposal to Moscow and Kiev on a future contract. Thus, according to Europe, the document should be signed for a period of more than 10 years, and the volume of gas must be "attractive", including for investors who will be invited to modernize the Ukrainian GTS.

The next talks are scheduled for May.

Moscow has repeatedly stressed that it does not intend to completely stop the transportation of fuel through Ukraine, but it should be economically feasible.