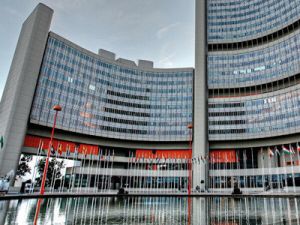 OREANDA-NEWS. The delegates of the special session of the General Conference of the International Atomic Energy Agency (IAEA) on Monday approved Rafael Grossi to the post of new general director of the organization. He became the sixth head of the agency with a term of office from December 3, 2019 to December 2, 2023.

Thus, the General Conference approved the appointment of Grossi, who was elected in October as the new administrative head of the agency at the vote of the IAEA Board of Governors. Grossi took the oath of office at the new post and promised to work impartially for the benefit of the IAEA. The general director’s election was held in connection with the death in July of the former head of the organization, Japanese diplomat Yukiya Amano.

Grossi is an experienced diplomat who has represented his country in a number of international organizations. In 1998-2001, he was the representative of Argentina in NATO. In 2002-2007, he headed the offices of the Director General of the IAEA and the Organization for the Prohibition of Chemical Weapons. In 2011-2013 he was Deputy Director General of the IAEA. In 2013, he was appointed Ambassador of Argentina to Austria, Permanent Representative of this country to international organizations in Vienna.