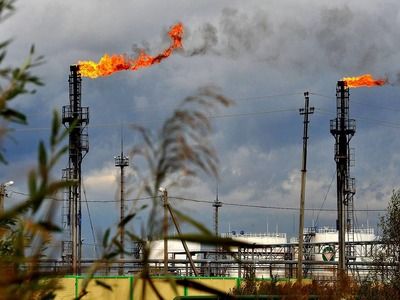 Fuel and energyOilInternational activitiesDiplomatic organizations
OREANDA-NEWS. In August report, the IEA lowered its estimate of global oil demand growth in 2019 by 100 thousand barrels per day to 1.1 million bpd against the backdrop of aggravation of geopolitical friction and allows a further downward revision of the forecast.

The forecast for growth in oil demand in 2020 is also lowered compared to the previous estimate - by 50 thousand bpd - to 1.3 million bpd. At the same time, the total demand remained unchanged for 2019 and will amount to 100.4 million bpd. The IEA experts call their current forecast “fragile” in the report and point to “a greater likelihood of its revision in the direction of further decline".

The growth rate of demand in both 2019 and 2020 will lag behind the growth rate of oil supply from non-OPEC countries. So, in 2019, oil supplies from these countries will grow by 1.9 million b/d, and in 2020 - by 2.2 million b/d, the IEA expects. As agency experts emphasized earlier, next year the market will be very well supplied. The IEA report says that demand was weak in the first half of the year. So, in January-May it grew by only 520 thousand bpd on an annualized basis, which is the lowest rate since 2008.

“There are more and more signs of a slowdown in economic growth, many countries report weak GDP growth in the first half of the year, which indicates a decrease in trade and production. In addition, the prospects for a trade agreement between China and the United States have worsened, which may lead to lower trading activity and less oil demand growth", the IEA explains.

In July, the transaction completion rate by OPEC countries was 134%, by non-OPEC countries - 133%. OPEC + countries (24 oil exporting countries, including Russia) have been coordinating production management since 2017. At a meeting in July, they extended the agreement to reduce oil production by 1.2 million barrels per day to the level of October 2018. Now the agreement is valid until the end of March 2020.
Source: OREANDA-NEWS
Материалы по теме: