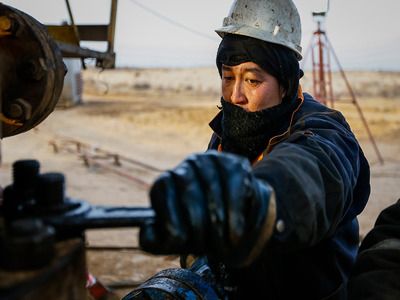 Fuel and energyOilOther transport activitiesInternational activities
OREANDA-NEWS. Kazakhstan has reduced oil exports to China due to an excess of organochlorine compounds in it. This was reported on Wednesday by the press service of the Kazakh company Kaztransoil.

"On January 16, 2020, when oil was received by SNPS-Aktobemunaigas JSC into the Kaztransoil JSC oil trunk pipeline system, the results of oil quality tests revealed an excess of organochlorine compounds in the fraction boiling up to 204 degrees Celsius. On the same day, oil was stopped from JSC "SNPS - Aktobemunaigas" until it resolves issues of the quality of the oil being handed over", the statement said. In this regard, the volume of Kazakhstani oil exports to China was reduced.

"Given the decline in oil delivery volumes for transportation through trunk oil pipeline systems, the Ministry of Energy of Kazakhstan has adjusted the schedule for oil supplies to Kazakhstan’s refineries and for export in January 2020. In particular, exports for Kazakhstani producers to China have been reduced", the press service explained.