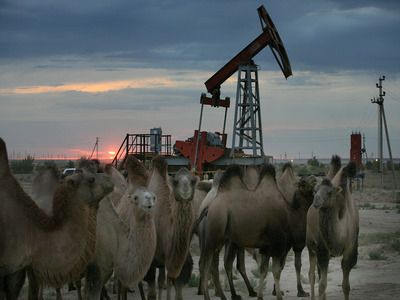 Fuel and energyOilInternational activitiesOther transport activities
OREANDA-NEWS. Kazakhstan has received a request from Belarus for oil supplies and will consider this proposal, Energy Minister Nurlan Nogaev said at a meeting of the parliament, the Kazakh media reported. According to the minister, the deal will be concluded if it is beneficial for the Kazakh side.

“We will arrange a meeting with resource owners if any of the oil companies express a desire at an economically reasonable price or under conditions that satisfy them”, he said. As the head of the Ministry of Energy noted, the visit of the Belarusian delegation to the country to discuss this issue is expected until January 20.

At the beginning of the year, a contract for the supply of oil between Russia and Belarus expired. The parties were unable to conclude a new agreement, including because of disputes over raw material prices. On January 3, Russian oil supplies were suspended, but the next day Minsk announced their resumption. Concern Belneftekhim explained that it had agreed with Moscow to pump the first batch of oil, purchased at a price without a premium.

President of Belarus Alexander Lukashenko, explaining the complexity of negotiations on a new contract, said that Russia wants to supply oil at an inflated price. He instructed the Belarusian government to start importing from alternative suppliers.
Source: OREANDA-NEWS
Материалы по теме: