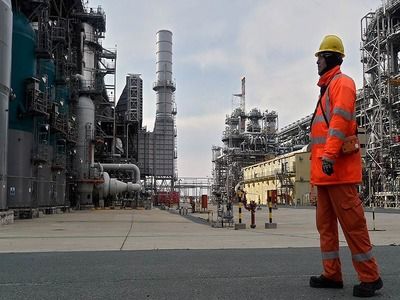 Fuel and energyInternational activitiesgasBuilding
OREANDA-NEWS. Lukoil plans to expand its presence in West Africa in the areas of exploration, oil and gas production. This was announced in an interview with the Russian media on the sidelines of the Russia-Africa economic forum by the head of the company, Vagit Alekperov.

“For us, West Africa today is one of the priority regions of our investments. Today we are already present in four African countries, today we are considering a number of optional projects both to expand our participation in individual countries, such as Nigeria, the Republic of Congo, and access to new countries", he said.

To systematize work on the African continent, Lukoil introduced the post of vice president in charge of the region, Alekperov added. “He has subordination to all our regional centers, and there is a department of analysis that analyzes and makes decisions both on joining new projects and on developing these projects”, the head of the company said.

“These are exploration projects, development of oil and gas fields, and the provision of the country's domestic market - as a project, for example, in the Democratic Republic of the Congo, where gas is supplied to the continent and supplied to the country's population through power plants, - and LNG projects if it will be cost-effective", Alekperov said.
Source: OREANDA-NEWS
Подписывайтесь на наши группы: Instagram | VK | Facebook | Twitter
Rate this article:
Print