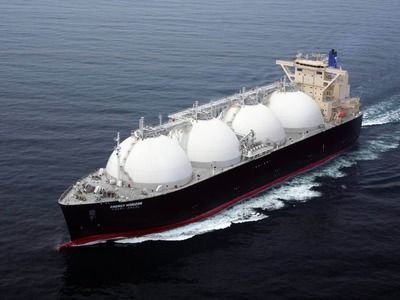 Media: China Resumed the Purchase of Liquefied Gas from the United States

Fuel and energygasWholesale of non-motor vehiclesInternational activities
OREANDA-NEWS. China has resumed the purchase of liquefied natural gas (LNG) from the United States as part of the implementation of the first phase of the trade agreement. This was reported on Wednesday by Reuters, citing sources.

According to them, the PRC authorities satisfied the request of about 10 Chinese companies to abolish 25% duties on imports of American gas. Among these companies are China Gas Holdings and Oriental Energy. Reuters notes that China began purchasing LNG after almost a 20-month hiatus.

Earlier, Rystad Energy, an analytical agency, reported that it does not expect significant growth in LNG exports from the US to China, despite the conclusion of a preliminary trade agreement providing for China to increase its purchases of US energy products in excess of $ 50 billion in 2020-2021. Agency Vice President Xi Nan expressed the view that shipments from the United States are not competitive with shipments from Qatar, Mozambique and Australia.

The signing ceremony for the first phase of the US-China trade deal took place on January 15 in Washington. The President of the United States Donald Trump and Vice Premier of the State Council of the PRC Liu He put their signatures on the document. China, in particular, agreed to increase purchases of US products by $ 76.7 billion during the first year and by $ 123.3 billion during the second year of the agreement.
Source: OREANDA-NEWS
Другие новости: