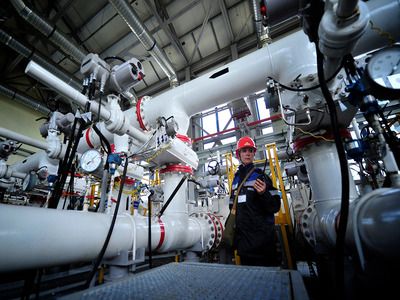 Fuel and energyOilState financeInternet media
OREANDA-NEWS. Russia agreed to increase the discount on oil supplied to Belarus to $ 15.7 per ton, which is $ 12 more than previously proposed, Reuters reports citing three sources in the oil industry.

According to Reuters interlocutors, from April 1, Russian oil companies are ready to fully restore oil supplies to Belarus. However, Belarus, whose authorities previously announced their desire to establish purchases from alternative suppliers, has not yet announced how much oil it needs from Russia.

The media notes that the deal with Belarus has become possible against the background of Russia's preparations for the termination of the earlier agreement on the limitation of oil production concluded under OPEC+. On March 9, after the collapse of the OPEC+ deal, the price of a barrel of Brent crude fell 24.1%, and on March 18, for the first time since May 2003, it fell below $ 25.

Thus, in less than two weeks, a barrel of Brent fell in price by more than 40%, and almost three times since the beginning of the year (on January 8, oil was trading at about $ 72 per barrel). In the middle of the day, March 23, Brent is trading around $ 25.5 a barrel.
Source: OREANDA-NEWS
Материалы по теме: